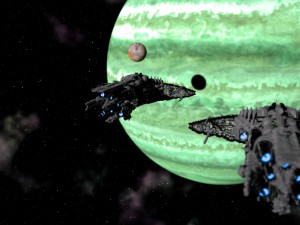 According to the US Marine Corps there are five elements that affect National Policy and its warriors. These are Military, Economic, Political, Geographical, and the National Will. Any and all of these elements can affect whether or not a nation engages another nation in war. For instance. Iraq has the Political and National will to destroy the United States. However, because of geographies it cannot reach the US and if it did, Iraq would still lack the Military and Economic ability to do so. For these reasons the US is not effectively threatened by Iraq enough to start a war. If the US and Iraq shared a border things would be very different.

All these elements are related to one extent or another. An economic depression, that is caused by another nation can change the National will and invite an attack on the other nation. Political figures can also influence the National Will which in turn affects National Policy. If a president gets up in front of the people with some horror stories about what is going on in location X and the people begin to feel sorry for those who live at location X then the National Will can be swayed to send troops to location X where they can possibly get shot at and killed. That in turn could affect the National Will and so the troops would be recalled without getting much accomplished.

The Military Element is the prime element in deciding whether or not A can attack B. If A doesn’t have the transport or combat capability it simply cannot attack B, as is the case with China and Taiwan. The Chinese really would like to annex Taiwan but they lack the Naval capability to mount an attack across even such a small distance.

The United States with its numerous ships and aircraft could launch an attack against almost anyone.

The Political Will is also an important one. The actions of using military forces against another can have serious ramifications. If the a nation is attacked for little or no reason then it is very likely that nation’s allies will enter the fight. In more Asian wars than one, the United States has been forced to back down and settle for less than optimum conditions because of the threat that other super powers might enter the fray. There must be some political reason for the conflict to begin.

It was well within the United States military capacity to invade North Vietnam and put an end to the war once and for all. However, the threat of China or the Soviet Union entering the fray prevented a more rapid resolution of the war. 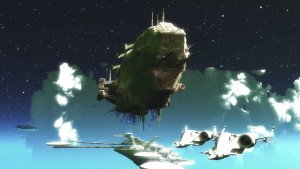 Geographical aspects can also greatly effect National will. Mountain ranges for instance have been powerful barriers in containing enemy aggression in the past. A distant enemy is not much of a threat as a local one. Libya for instance has a great deal of animosity for the United States and delights in proving it, however, they are too far away to concern most Americans.

When a nation decides to wage war against another a great many factors are considered. War is usually not profitable and war is all about death and destruction. Merchants that sell to the combatants will make money and will very likely profit greatly, but the people of the two nations will not.

The Media plays a very important role in affecting the outcome of a conflict. Even the Soviet Union was unwilling to allow the press to cover its war in Afghanistan. The massive casualties suffered by the Soviets were under reported and even at the height of the fighting the regular Soviet citizen was unaware of the bloody cost.

In Vietnam, the media inflicted a great deal of damage upon the allied forces. The United States media was more interested in showing the suffering and death than the reasons for fighting. In Saudi Arabia the media was kept on a very tight leash.

The military often views reporters as jackals that are more interested in blood and death than right and wrong. If a nation sees too many of its sons and daughters coming home in body bags it will begin to rebel and pressure even the most oppressive regimes into withdrawing from the conflict.

The media can be a powerful weapon of war and both sides will cater to it because the press can influence the minds of the people. In so many democracies (and even dictatorships) it is the people who will decide how the war comes to an end. It is the people who decide the Economic, Political, Military, Geographical and National Will. China for instance has billions of people, if Taiwan really threatened them then there would be very little that could stop the Chinese from conquering Taiwan. Iraq, so far away and surrounded by potential allies, was attacked and forced to retreat. Most people had not even heard of Kuwait until it was invaded.